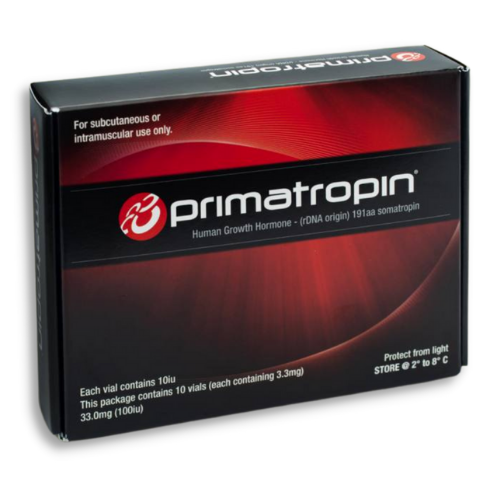 100% Canadian HGH kit #1 selling kit on the market. HGH will help you increase in muscle mass, decrease bodyfat, help your vitality, be more focus and have more energy and all the benefits with being youthful again. 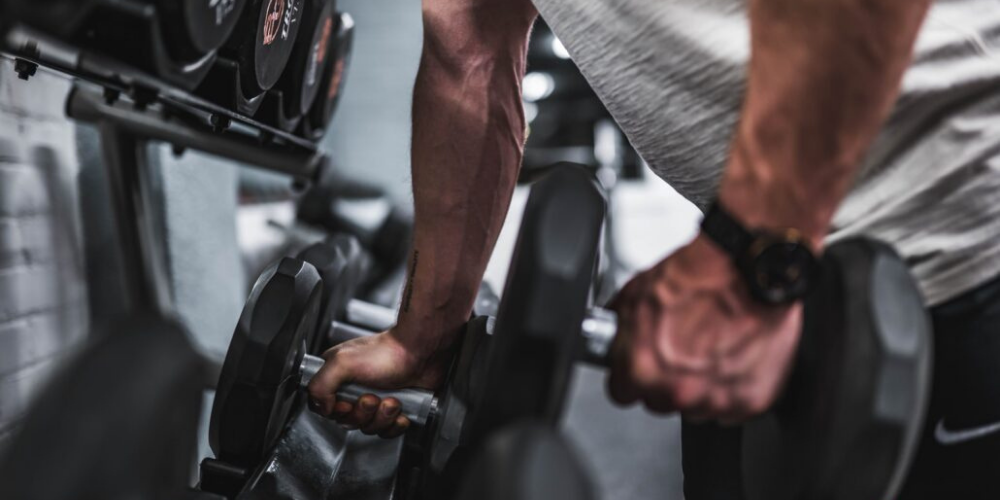 Primatropin – 100iu HGH – Norvotrop is the 100% real domestic HGH kit in Canada. After you start taking HGH, there will be an increase in muscle mass, a decrease in bodyfat, more focus, vitality, energy and all of the health benefits we associate with youth and being young again. On paper Primatropin – 100iu -HGH appears to be the fabled Fountain Of Youth that Ponce De Leon set out in search of hundreds of years ago.

Primatropin – 100iu HGH therapy has experienced a smashing rise in popularity over the last decade. In order to understand this trend, let’s take a look at what HGH does in a quick overview. On it’s most basic level, HGH stimulates growth and cell reproduction and regeneration in humans and other animals. Initially there is a high amount of natural HGH released in the human body from birth until our teenage years. This amount will then peak tremendously during puberty when there is the growth spurt and other physically changes that are prominent as the human body changes and adapts in preparation for adulthood. HGH is often regarded as one of, if not THE most, important hormone during this time because of it’s ability as a cell generator.

Primatropin – 100iu HGH – Human Growth hormone (HGH) is a Protein based hormone existing as a 191 Amino Acid single chain polypeptide that is created, stored and secreted (released) by pituitary gland. More specifically by the somatotroph cells in the lateral wings of the anterior pituitary gland, at the base of the human brain. HGH has an effect on almost all tissues and organs in the body. Often abbreviated as rHGH and/or rHGH to refer to synthetic versions that are produced by recombinant DNA technology.

Unfortunately, as we age and reach the early to mid 30s, the pituitary gland starts to decrease the amount of HGH it produces. As our levels of HGH deplete, our bodies begin to age with the decline of HGH that is available to us. This decline can contribute to both physical health problems such as diabetes, weaker muscles, weaker bones, loss of muscle mass, and increase in body fat. As well as emotional problems such as depression, lack of energy, and

Primatropin – 100iu HGH – Increasing HGH naturally or through rejuvenation/replacement therapy will act as a defense against these conditions. There are several different ways to increase HGH. They include :

* Hormones – either peptide (growth inducing) or sex (androgen) hormones will lead to an increase of HGH.

By increasing HGH, there will be an increase in muscle mass, a decrease in bodyfat, more focus, vitality, energy and all of the health benefits we associate with youth and being young again. On paper HGH appears to be the fabled Fountain Of Youth that Ponce De Leon set out in search of hundreds of years ago. However, this was not what rHGH therapy was intended for.

Primatropin – 100iu HGH – HGH was first used to treat stunted growth in children. Originally it synthesized to clinically treat children’s growth disorders such as dwarfism and adult growth hormone deficiency such as Alzheimer’s disease, Parkinson’s disease, and in some cases, senile dementia. Scientists first began to learn the secrets of growth hormone by studying and treating children who did not grow normally. Noting the pituitary gland not only controls physical growth, but also regulates other glands throughout the body that produce hormones such as testosterone and estrogen. Scientists and researchers in early trials found that injecting ground-up pituitary glands taken from cadavers into the children led to their normal growth and development. Yes! The very first HGH available on the market was originating from dead bodies. The process was slow to explore in trials, research, and ongoing therapy because it required the harvesting and pooling of glands from large numbers of cadavers. Additionally, there was risk of transmitting slowly developing viral infections such as Creutzfeldt-Jakob disease, a variant of which is popularly known today as “mad cow disease.” Thankfully recombinant technology solved the problems of disease transmission and availability limitations.

After many attempts to create a synthetic version of HGH had been met with disappointment and lack luster results, in 1986 Eli Lilly discovered the lost relation of the final amino acid hormone in the 191-aa structure of HGH and verified that it was an indistinguishable match to the HGH created by the pituitary gland. And thus, Humatrope was born and was the first synthetic HGH medicine on the market. Now more extensive trials and testing could be conducted on more subjects to see the full potential value in HGH therapy.

One of the most promising testing groups were HIV patients who were experiencing AIDS wasting syndrome. This condition -cachexia- is associated with advanced HIV disease. Victims experience overall rapid weight loss, mostly of lean body mass and muscle, and the increase of body fat. The condition was much more prevalent in the developed world before combination antiretroviral and HGH therapy became available. HGH showed a significant increase in halting the loss of muscle mass and keeping body fat off the test patients.

Today, these two groups only make up a small portion of HGH users. The major reasons for HGH use fall into two categories. 1 – Anti-aging and Rejuvenation Therapy, and 2 – Athletics and Performance Enhancing.

Let’s take a brief look at the first group who are seeking Anti-aging therapy and youthful rejuvenation benefits. With proven results and reported effects of HGH therapy that include increase in lean muscle mass, decreased body fat, increased metabolic rate, increased bone density, increased energy levels, more youthful skin tone and texture, increased sexual function and improved immune system functions, is it any wonder why hundreds of Rejuvenation Clinics have popped up in every major city?

Synthetic HGH use for the older anti-aging crowd is a better alternative than attempting to increase HGH naturally in ways that do not fit into their lifestyles (excessive sleep) or ways that may do more harm than good (fasting, exposure to cold), or in the case of the elderly ways they can not perform anyhow (vigorous exercise, fasting, cold exposure).

Today, HGH rejuvenation therapy for anti-aging has become remarkably affordable. No longer will the monthly cost of HGH be in the thousands of dollars like a decade ago. An average daily dose of 2ius is all most users will need for anti-aging therapies. Additionally, users at this small dose will experience none of the side effects that HGH is noted to bring at higher doses.

The second major group of HGH users consist of athletes seeking it’s performance enhancing abilities. No longer is it for the exclusive bodybuilding club. But everyone from cyclists, baseball players, tennis players, swimmers, even fencing competitors are seeking to boost their competitive edge by using HGH. What exactly makes HGH so sought after? In addition to it’s noted ability of boosting lean muscle mass, increasing energy levels and focus, and reducing body fat, HGH is also highly effective at improving sports performance in other ways.

HGH promotes faster recovery. When athletes are training harder than ever to be faster, stronger, and to surpass their previous performance, the rate at which a man can heal faster and recuperate from a hard workout or training sessions is a huge benefit for him as he can train more frequently without the risk of overtraining and hindering any potential gains or performance. When a six figure sports contract or an Olympic gold medal is at stake based on his performance, one can not be missing training sessions for any reason.

Primatropin – 100iu HGH-HGH is an incredibly synergistic drug. Many athletes seeking to boost their performance are often on more than one compound at a time. When coupled with any other compound, the effects of both the HGH, and the other compound, are multiplied. This means stacking growth hormone with a simple oral steroid will make the steroid more effective, and will make the HGH more effective. For this multiplier effect, growth hormone is extremely popular in off-season regimens when athletes will often stack up the compounds.

Primatropin – 100iu HGH-HGH helps to heal connective tissue injuries. In many contact sports, it is connective tissue injuries, which can be the most detrimental. They are not like muscle injuries, ones which you can train to prepare for or somewhat work around – they are Joint failures from outside contact. HGH makes them heal faster, which gets the athlete back on the field faster. For bodybuilders, the effect is twofold as HGH also helps heal the muscles. The basic concept behind bodybuilding is that you tear the muscle down by training intensely and causing microscopic tears in the muscle from the stimulation. The muscle then repairs and prepares itself for future workout by rebuilding itself bigger and stronger. Thus becoming larger. HGH greatly helps in this regard.

HGH can contribute to increased oxygen uptake. Any athlete running down a football field, or pedaling a bicycle with all he’s got knows how important every bit of oxygen he can pull into his lungs is. General doses for athletes vary by the nature of the sport and it’s demands on the body. Common doses for most athletes will be a minimum of 4ius daily and progress upwards depending on the sport and expectations. Dosing schedules will vary widely in opinions depending on which “expert” you are listening to. However it is most commonly accepted that taking HGH first thing in the morning upon rising on an empty stomach is the best method. Keeping in mind that during puberty when HGH was released in it’s greatest amount throughout the body, athletes will follow a dosing pattern of Monday through Friday with Saturdays and Sundays off. Others will attempt a more irregular pattern of dosing schedule in an effort to more closely mimic the irregular spurts in the teenage years. A pattern like this would call for doses on Monday, Tuesday, and Wednesday. Thursday being an off day. Friday and Saturday will be regular doses and Sunday will be the next off day.