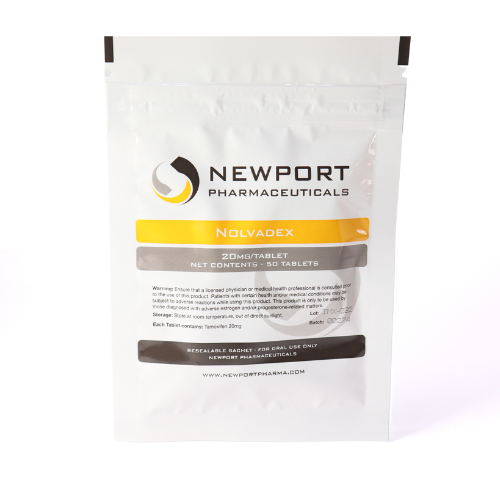 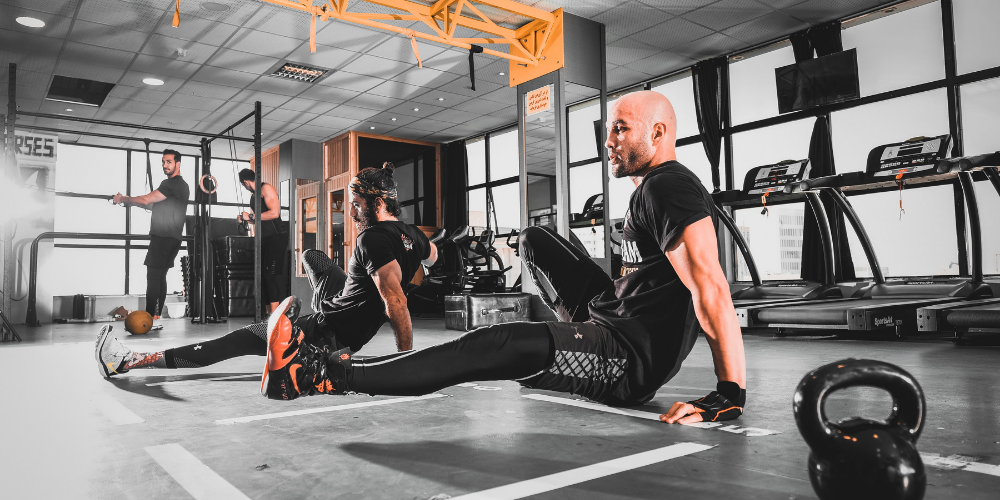 Nolvadex, is the trade name for the drug tamoxifen citrate, it is a non-steroidal agent that demonstrates potent anti-estrogenic properties. The drug is technically an estrogen agonist/antagonist, which competitively binds to estrogen receptors in various target tissues. With the tamoxifen molecule bound to this receptor, estrogen is blocked from exerting any action, and an anti-estrogenic effect is achieved. Since many forms of breast cancer are responsive to estrogen, the ability of tamoxifen citrate to block its action in such cells has proven to be a very effective treatment. It is also utilized successfully as a preventative measure, taken by people with an extremely high familial tendency for breast cancer. While Nolvadex is effective against estrogen, it is not our strongest available remedy. We now have the drugs Arimidex, Femara, and Aromasin available to us, which notably prevents estrogen from being manufactured in the first place. Altering the effect of estrogen in the female body can cause a level of discomfort, so anti-estrogens are most bearable when used after the point of menopause. Since Nolvadex is milder in comparison, it is more widely applicable and usually the first treatment option.

As discussed earlier, an enzyme in the male body (aromatase) is capable of altering testosterone to form estradiol. The structure of estrogen is actually quite similar to testosterone, so its presence in the male body is not all that remarkable. Since this same enzyme can also aromatize many anabolic/androgenic steroids, the buildup of estrogens can be an important concern during intake. High levels can cause a number of unwanted side effects, a primary worry being gynecomastia or the development of female breast tissue in men. This can be first noticed by the appearance of swelling or a small lump under the nipple. If left to progress it can turn into a very unsightly development of tissue, often irreversible without surgery. Estrogen can also lead to an increase in the level of water retained in the body. The result here can be a notable loss of definition, the muscles beginning to look smooth and bloated due to the retention of subcutaneous fluid. Fat storage may also be increased as estrogen levels rise. This hormone is in fact the primary reason women have a higher body fat percentage, and different fat distribution (hips/thighs) than men. Individuals sensitive to the effects of estrogen will usually be sure to have an anti-estrogen on hand when taking problematic steroids, so as to minimize the impact of related side effects.

This drug also shows the ability to increase production of FSH (follicle stimulating hormone) and LH (luteinizing hormone) in the male body. This is accomplished by blocking negative feedback inhibition caused by estrogen at the hypothalamus and pituitary, which fosters the release of the mentioned pituitary hormones. This of course is also the function of Clomid and cyclofenil. Since a higher release of LH can stimulate the Leydig’s cells in the testes to produce more testosterone, Nolvadex can have a positive impact on one’s serum testosterone level. This “testosterone stimulating” effect is an added benefit when preparing to conclude a steroid cycle (post cycle therapy or PCT). Since most anabolic/androgenic steroids will suppress endogenous testosterone production, Nolvadex can help restore a balance in hormone levels. Nolvadex should be preferred over Clomid for this purpose in fact, as side by side it is clearly the stronger agent. It has also been shown to increase LH responsiveness to Gonadotropin Releasing Hormone after time, while Clomid slightly lowers this sensitivity as the drug is used for several weeks..

In some cases the use of only an estrogen antagonists such as Nolvadex or Clomid may be sufficient for testosterone stimulating purposes, particularly when halting the use of a milder or shorter steroid program (which should have a less pronounced impact on the hormonal system). With stronger cycles most option to enhance the stimulating effect of these drugs with HCG, a hormone that mimics the action of LH.

HCG use provides an excessive level of stimulation to the testes, which in essence may shock them out of a prolonged state of inactivity. In such a condition the Leydig’s cells may not be producing a normal amount of testosterone, even though the normal release of gonadotropins has been achieved. Nolvadex can be tricky at this point. Remember it only blocks the effect of estrogen that is present in the body. If it is removed at a time when estrogen levels are still unusually high, related side effects can quickly become a pronounced problem. Since HCG not only increases the production of testosterone but also enhances the rate of aromatization in the testes, anti-estrogens should not be discontinued until at least a couple of weeks after HCG is discontinued. The result otherwise of course could be many unwanted side effects that were previously under control. When using Nolvadex to ward off the effects of estrogen during the cycle, it should similarly not be removed until the user is confident that hormone levels are well under control. With a drug such as Sustanon, this may mean continuing it for several weeks after the last shot.

A typical dailydosage for men is in the range of 10 to 20mg, the amount would be dependent on the level of effect desired. It is advisable to begin with a low dosage and work up, to avoid taking an unnecessary amount. The time in which Nolvadex is started also relies on individual needs of the user. If an athlete with a known sensitivity to estrogen is starting a strong steroid cycle, Nolvadex should probably be added soon after the cycle had been initiated. If estrogen is probably not going to be a major problem during the cycle (but will likely be after), Nolvadex is administered around the time exogenous steroid levels will drop. It will be continued for some weeks after, until the point when natural testosterone is thought to be at an acceptable level. As mentioned HCG is often used at this point as well (see related profile for more detail). Women have also utilized Nolvadex in an effort to reduce the effect of their own endogenous estrogens. This can lower body fat concentrations, especially in stubborn areas like the hips and thighs. This is of course risky, as manipulating the effect of estrogen can become uncomfortable in women. Side effects like hot flashes, menstrual irregularities and a variety of complications with the reproductive system are all possible.

When looking for a stronger anti-estrogenic effect, Proviron can make a good addition to Nolvadex. Although this compound is technically an androgen, it may have a pronounced effect on the production of estrogen in the body. Its mode of action is therefore very different than that of Nolvadex. While Nolvadex only blocks the binding ability of free-floating estrogen, Proviron can minimize the creation of it. With each drug attacking estrogen via a different mechanism, we have a very synergistic combination. A daily intake of 10-20mg Nolvadex and 25-50mg Proviron can be extremely effective when dealing with a strong estrogenic cycle. Women often avoid adding Proviron to Nolvadex treatment (thought often it is still used to enhance fat loss), for fear of developing virilization symptoms (Proviron is an oral DHT). Virilizing effects can occur very quickly once there has been a dramatic rise in the activity of androgens (intensified by a decrease in estrogen activity), so at a minimum women should be careful with such a combination.

Of great interest also is that Nolvadex is an estrogen agonist in the liver, capable of activating the estrogen receptor and mimicking the actions of this sex hormone in this region of the body. As such it can have a markedly positive impact on HDL (good) cholesterol values, as does estrogen. Many similarly use this drug to counter some of the negative consequences of steroid use in regards to cholesterol values and cardiac risk, as steroids often suppress HDL and raise LDL levels considerably. in some instances an athlete is able to maintain a very favorable HDL/LDL cholesterol ratio, to spite the use of a mode rate dosage (400mg weekly) of an injectable like testosterone or nandrolone. It would be foolish to think however that Nolvadex would be a sufficient remedy with the heavy use of c-l7alpha alkylated orals or extremely high dosed cycles in general.

It has been reported by many however that Nolvadex seems to slightly reduce to gains made during a steroid cycle. It appears that many androgenic/anabolic steroids will exhibit their most powerful anabolic effect when accompanied by a sufficient level of estrogen. This may be one reason why gains made with a strong androgen like testosterone are usually much more pronounced than when using an anabolic that aromatizes to a lower degree. It therefore seems like good advice to be aware of how much Nolvadex is actually needed before committing to it during a cycle. Many people in fact find it unnecessary, even when utilizing problematic compounds such as testosterone or Dianabol. Others however find they are troubled by water retention and gynecomastia, even with milder anabolics like Deca-Durabolin and Equipoise. The estrogenic response to steroid use is very individual, and may be influenced by factors such as age and body fat percentage (adipose tissue is a primary site of aromatization).

Nolvadex is certainly the most popular anti-estrogen used by athletes today, no doubt because it is simply an effective product. It is also widely manufactured, and easy to obtain. Since there never seems to be a lack of supply, there is little incentive to manufacture a counterfeit product. All of the various generics forms of this drug are no doubt trustworthy. Women should remember to be very cautious when considering the use of Nolvadex, as they are usually very sensitive to changes in the activity of estrogen. Men looking for a stronger anti-estrogenic effect may want to consider using Arimidex, Femara, or Aromasin , three powerful new anti-aromatase compounds. They are much more effective for estrogen control.